Understand everything about your condition 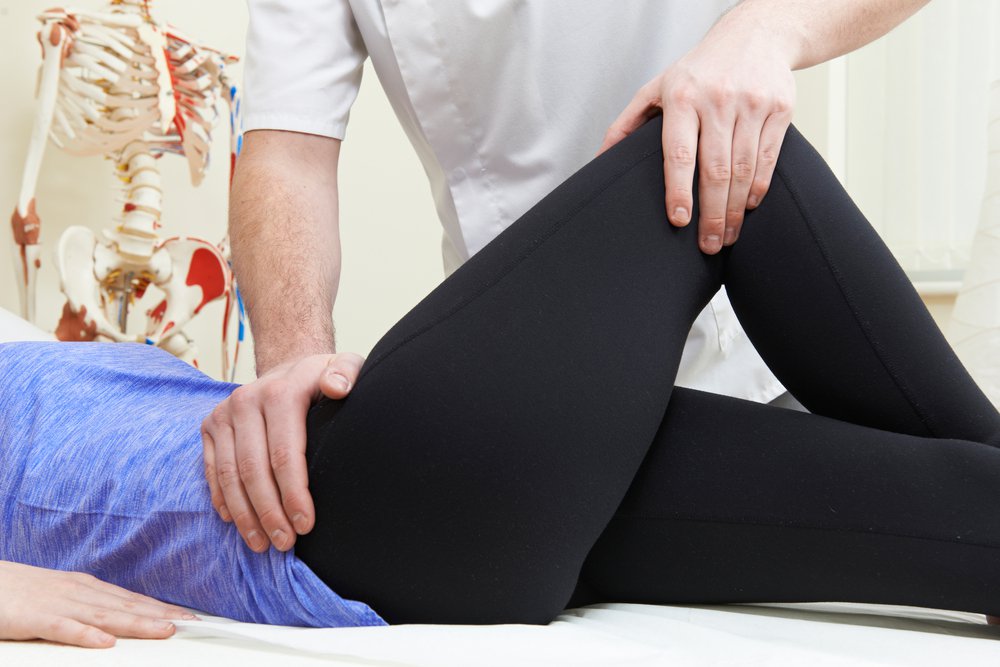 Femoroacetabular impingement (FAI) is a condition caused by abnormal contact in the hip joint. The hip joint is shaped like a ball and socket. The “ball” is the femoral head (the top of the thigh bone/femur) and the “socket” is the acetabulum (pelvis), which is shaped like a cup. The hip also has two layers of cartilage, the rubbery tissue, to help the bones move smoothly over one another. These are known as articular cartilage, which lines the ball and socket, and labrum cartilage, which forms a cushioning ring around the pelvis, acting as a seal and securing the femoral head in place.

People with FAI have extra bone growth either around the femoral head or the rim of the acetabulum, or both. This causes friction and abnormal pressure on the bones and cartilage, meaning they “wear out” more quickly. In medical terms, impingement means “friction between joints” or “soft tissue compression”. All hips impinge, but in FAI this occurs at an earlier angle, leading to pain and movement issues, as well as risking early osteoarthritis development. It is thought that many people have this extra bone growth, however not all will develop FAI. 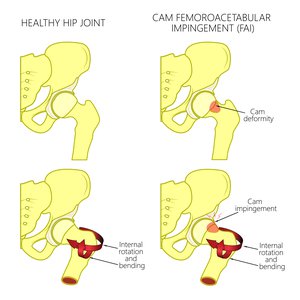 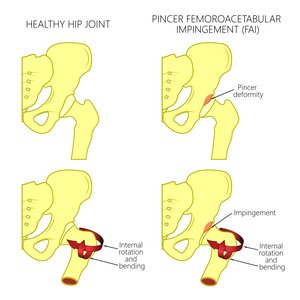 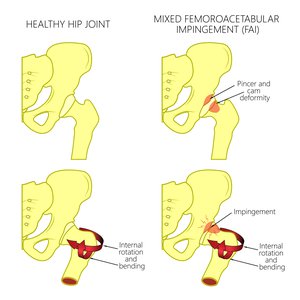 There are three types of FAI: